Dove Hunting-
or as I like to call it: Cloud Shooting
Shooting at clouds and if a dove happens to get in the way then so be it. 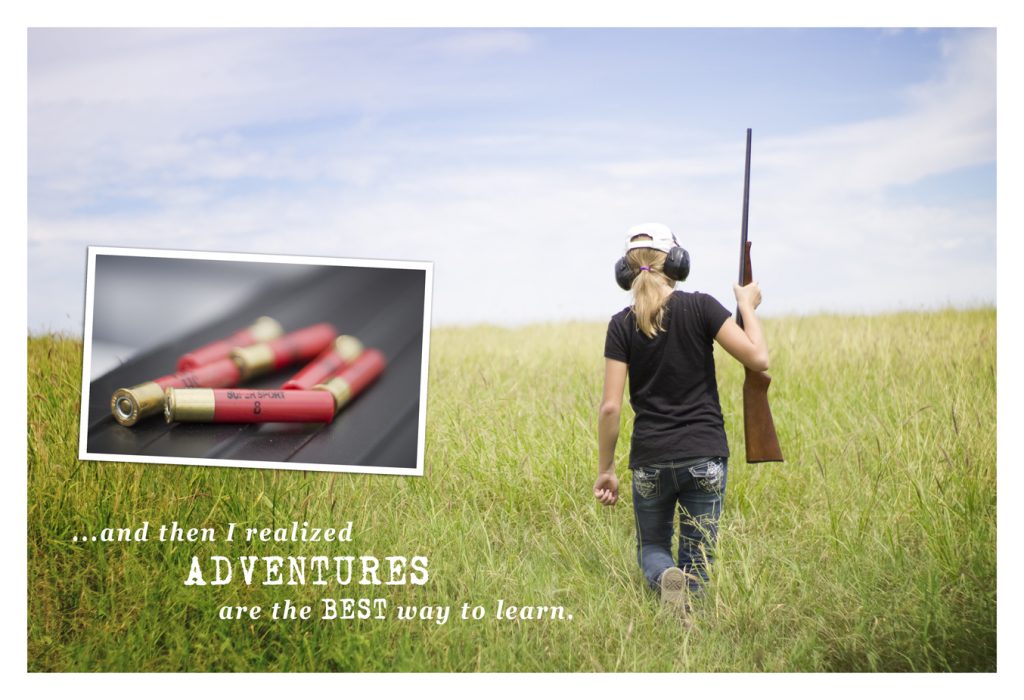 My Dad invited my brother, myself and my daughter Ariana to a dove hunt hosted South of Alice, Texas. A local group in that area puts on the hunt every year and the proceeds from ticket sales go towards scholarships for their local students. This was going to be Ariana’s first Dove hunt and she was quite excited. Point of fact, this was her first hunt; period. We’re not a big hunting family so I was pretty surprised when she said she wanted to go on the hunt.
My Dad borrowed a 410 shotgun from a coworker and we went and practised shooting it one time before the hunt so Ariana could get used to it. She didn’t like how loud it was but over time she got more adjusted to it.

The day of the hunt arrived and we all loaded up and drove the three hours to the hunting site. There was a small building/cabin there with a complete outdoor kitchen and seating area.

They provided us with lunch and dinner and between those two meals there was a skeet shooting contest as well as door prize give-aways.

A few of the hunters; our family included, went hunting around 2 o’clock but we didn’t see any birds at all. That was fine with us; we had a great time walking around, exploring the countryside and shooting at cow patties.

The official hunt started around 5 o’clock and we all went out to our designated hunting spots. While we only shot a handful of doves that evening; we had a blast talking, walking around and shooting dead trees and ant piles. As the evening went on Ariana got more and more comfortable with the shotgun and had a really fun time shooting it.

Each time my Dad shot a bird she would run over to him and help find it on the ground and then carry it over to him. It was really neat to see her embracing the outdoors and not being the least bit squeemish about picking up the dead birds.

Shooting Doves doesn’t really appeal to me, but it was fun to try something I don’t normally do and enjoy a new experience. Plus it’s a great way to get outside, hang out with my family and meet some new people.
Ariana wants to shoot a deer next and then a moose. I don’t know where to  find a moose in South Texas though…