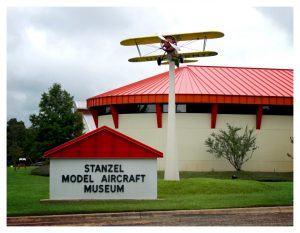 Did you know up until the late 90’s there was a toy factory in Schulenburg, Texas? Yeah, me neither! It may not sound that exciting or novel, but Schulenburg is a sleepy little central Texas town with about 3,000 people. I would never have thought of it as a place that had a toy factory. And being a big fan of toys, I had to pay this place a visit!

The Stanzel toy company was founded by Joe and Victor Stanzel in 1930.

Their first product was a line of solid wood model airplane kits.

In 1939 they began producing a line of flying model planes that are controlled by a “control-line”. 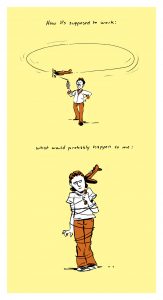 Control-line flying is pretty neat. The airplane has a small motor on the front and you can control it via the line that connects from the plane to a hand-held controller. I had never heard of this nor seen one until I visited the museum. 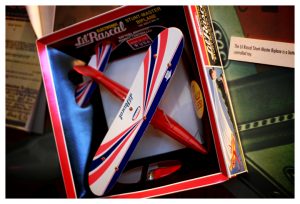 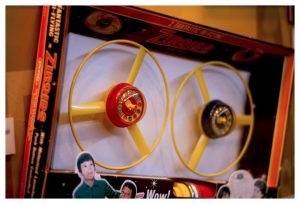 In the late 50’s the Stanzel Company shifted its focus from the model airplane kits to battery operated, and plastic toys. They operated until the late 90’s when the company shut down. The Stanzel Model Aircraft Museum opened its doors in 1999.

The museum was quite nice and well put together. It did a nice job of covering the company’s history and the products they produced.

-One of the old factory buildings
The factory was very interesting. They had some of the old machines they used to make the toys and a lot of signage explaining how they worked as well as the history of the toy company.

-The grandparents home of the company founders

The house was a neat piece of history despite not having anything to do with the toy company itself. 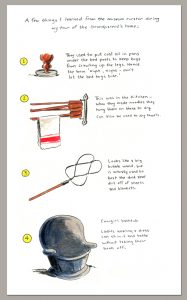 If you are ever near Schulenburg, Texas stop by the Stanzel Model Aircraft Museum for a visit. It’s worth the time and you’ll learn quite a bit about the history of a neat little small town toy company. 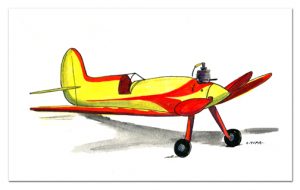